orchestra seventeen88 presents its November Chamber Soloists’ concert which will showcase Beethoven’s wondrous septet, a gem from Rossini and introducing Lachner, a contemporary and friend of Schubert.

This special and unique program will again fulfil the ensemble’s motto Inspire – Educate – Enlighten with the opportunity to hear these rarely performed works. Several of Australia’s most accomplished musicians step off the international stage together with star German violinist and concertmaster of Anima Eterna, Jakob Lehmann, to perform two intimate Historically Informed concerts for your enjoyment. 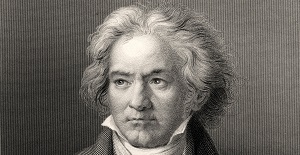 Adults $55 | Concessions $40 | Students $10
Early Bird tickets are available for our loyal patrons. Book now and receive 10% discount off all tickets until 4 October. Just use the discount code SEPTETS at the checkout.

As a soloist and avid chamber musician, Jakob Lehmann has appeared on concert platforms all over Germany and followed invitations to France, Poland, Italy, Finland, Bulgaria, China, Turkey, Armenia, Georgia, and now for the first time to Australia. He has recorded for several German radio broadcasting companies.

Equally in demand as a player on modern as well as historic instruments, Jakob joined the legendary Belgian historical instrument orchestra Anima Eterna Brugge as permanent concertmaster earlier this year, and led a tour and CD recording of Czech Romantic music to great acclaim.

Jakob is also increasingly active as a conductor and has a special affinity for working with singers. His debut at Konzerthaus Berlin was a performance of Rossini’s Petite Messe Solennelle in 2013, and last year he led a scenic production of Purcell’s Dido and Aeneas at Radialsystem V with Thomas Quasthoff. He recently conducted song cycles by Mussorgsky in new versions for voice and chamber ensemble and directed a version of Beethoven’s Eroica symphony in the original orchestral size of 28 musicians. Similarly to orchestra seventeen88, Jakob is always keen to discover new and revive well known repertoire, and presents numerous projects with music by Haydn, Mozart, Rossini and others.

For more information and to listen to some of Jakob’s recordings, you can visit his site:
www.jakob-lehmann.com

Kate Clark is a renowned historical flutist of remarkable versatility and breadth. She plays flutes from the 15th to the 19th centuries and her career has embraced solo, chamber and orchestral performance, the co-founding of two ensembles, some conducting, and reading, writing and teaching about changing performance practices, the social context of music and the lives of musicians in the last five centuries. She also helps to preserve and document a unique collection of original flutes from the 18th and 19th centuries that is housed in a private residence in The Netherlands. 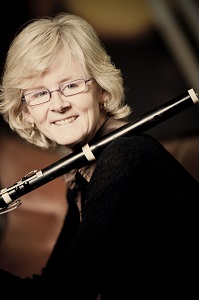 Kate performs with some of Europe’s most distinguished HIP (Historically Informed Performance) orchestras and ensembles including, the Orchestra of the 18th century, the Amsterdam Baroque Orchestra, Les Musiciens du Louvre, Cantus Cölln, Apollo Ensemble and Musica Amphion. She has had a long-standing musical partnership with renowned British lutenist Nigel North. She is a leading specialist on the renaissance flute and currently writing a book on the instrument and its repertoire. She co-founded the Attaignant Consort whose 3-CD series documenting the repertoire of the renaissance flute was crowned with a Diapason D’Or in 2013. She also co-founded Osmosis (with clarinettist Nicole van Bruggen), an ensemble dedicated to the performance of romantic chamber music for winds and strings whose debut recoding of Romantic Nonets was highly acclaimed.

Since living abroad she has made many guest appearances in Australia with The Australian Brandenburg Orchestra, The Australian Chamber Orchestra, Ensemble Battistin based at the UWA in Perth, Geoffrey Lancaster and as a guest artist at the Canberra Festival where she performed Kelly’s Flute Concerto on an original 1890 flute in 2014.

Kate Clark teaches historical flutes at the Royal Conservatorium in Den Haag (since 1996) and is regularly invited to lecture and teach all over Europe, the US, Israel and Australia.

With a lifelong interest in questions of social justice, Kate has also gained degrees in law from the universities of London and Amsterdam. In her spare time she does legal research for a human rights foundation based in The Netherlands. She lives in Amsterdam with her partner and their two sons.

TaikOz’s latest project, Future Directions promises an evening of spontaneity, contrasting moods and virtuosity. For the first time in TaikOz’s history, they have invited a guest artist to direct and this is none other than Kaoru Watanabe, a most extraordinary and versatile musician. Formerly a member of the legendary taiko ensemble, Kodo, Kaoru not only has…

Nadia Piave’s Caffe d’Amore performs pieces en forme de habanera, welcoming 2018 with this concert to celebrate the shape of things to come. Soprano Nadia Piave and guitarist Gino Pengue are joined by flautist Tina Marsden and guitarist Robert Clancy as they enlist the timeless, tempo-filled, sensuous, curvy, attention-seeking ever-so-tasty habanera to help them. There are songs by Charles Trenet, Georges…

The Choir of St James’ 2018 concert series Revelations, is themed around the powerful imagery of the Book of Revelations. Handel’s iconic masterpiece, Messiah, will be the curtain-raiser for the year, leading up to Easter, the time of year for which the oratorio was written. Joining the choir is BachBand@St James’ and soprano Amy Moore, mezzo-soprano Sally-Anne Russell, tenor Richard Butler and…

Selby & Friends look to their fans for their 2018 season opener Beethoven by Ballot with all the works on this concert programme selected by ballot, by their 2017 audiences.  Kathryn Selby AM, Artistic Director and pianist, is joined by brilliant young Australian violinist Grace Clifford and American virtuoso cellist Clancy Newman for this all-Beethoven programme. Grace…

Puccini’s verismo opera Madame Butterfly opens in Sydne this week with Hiromi Omura singing the title role, James Egglestone as Pinkerton and Michael Lewsi as Sharpless and Domenica Matthews as Suzuki. Ryusuke Numajiri will conduct the production, which premiered at La Scala in February 1904. Fascinated by the orient, Puccini researched his material meticulously, speaking to…